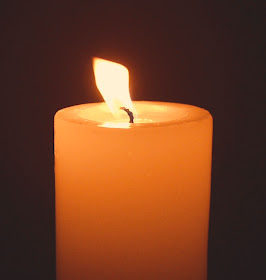 On the summer solstice of 2011 something happened that I would never forget. I was contacted by a very frustrated guy in California, with me being in Hawaii and with all the information he gave us, I knew this was dire. He had sought help from both the Roman Catholic Church, and when that did not work a Native American shaman in order to get rid of a malicious entity that had been growing in strength and viciousness over the last year, and especially during the last few months.

I knew my options where few, but I had earlier in 2011 been in communication with Jose, a follower of our blog over in Florida, Jose had told me he could perform remote exorcisms, and that he had done these at several occasions in the past. So with this in mind we contacted Jose and asked if there where anything he could do. Within a few hours Jose replied to us, we provided Jose with the information we had and later that same evening Jose told us the malicious evil was an elder succubus stronger than expected, and Jose was only able to put her on hold. In order for us to force the ancient succubus to let go off her growing grip of demonic oppression we had to channel the energy needed using a medium, and then triangulate the remote exorcism from Hawaii and Jose's location in Florida.

I agreed and we set it all up for a exorcism using the phone, Jose told me even though I was only a novice psychic, together and combined with the extra strength that the solstice offer us we should be able to break her grip. Jose gave me instructions and together we channeled the powers from the Earth, the Summer Solstice, protective and guardian angels. This is when Jose realized that this succubus had indeed been stalking this guy since he was 15, slowly growing in strength over almost 15 years, patiently waiting and fastening her grip on him ever so slowly and the imprisonment of this malicious demon would be harder that first anticipated, never the less we were able to do our part for the client in California, of course none of us charged anything for this. We see the work of helping and protecting people from evil entities as an important part of working with the paranormal. This was also the second time I took part of an exorcism, the first time was in the summer of 2005.

Keep in mind, exorcisms alone are no guarantee that one are safe from demonic oppressions, possessions or preventing new demons from latching on. If one do not change what caused the demonic to catch interest in you, or successfully close the portal that let the malicious entities into your life in the first place it is likely the exorcism would only be a short term fix, with required follow up exorcisms, protective blessings and so on.

According to Jose remote exorcism work by using the energy in phones. Both LAN lines and cell phones contain energy waves that can be harnessed and channeled by techno-magick, which is when one combines sorcery with science.

On a different note, the channeling method used for the Remote Exorcism caused me to have another paranormal experience that very same night, described in detail in my entry Ullgolthr and Rallurgh - My Ultraterestrial Pets.